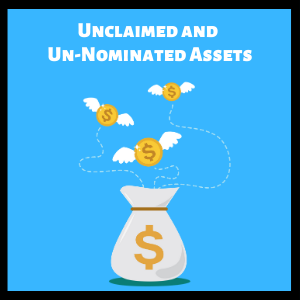 If you don’t make the necessary arrangements, some of your assets might never be accounted for when you’re not around anymore.

These include your CPF monies, insurance proceeds, and other assets you may have.

Here are 6 statistics on unclaimed and un-nominated assets in Singapore.

Hopefully, it’ll open your eyes and do something about it.

For those who pass away without making any CPF nomination, their funds will be transferred to the Public Trustee’s Office (PTO) to be distributed.

In total, $211 million of funds are left unclaimed with PTO; CPF savings contributed to $132 million.

It also means that the money is just sitting there, waiting for family members to claim it (if ever).

While PTO makes an effort to trace and contact beneficiaries, there’ll still be cases where the monies are unclaimed.

Which is the reason why making a CPF nomination is important as it greatly increases the chance that your CPF savings will go to intended parties, and not be decided by the law.

While this is a great start, more could be done.

One reason why there’s a low number of nominations made is because it can only be done at the CPF service centres or submitting of hardcopy forms.

However, you’re able to make CPF nominations online now. And the process is simple.

This should increase the amount of CPF nominations.

If you’re not around anymore, that money will ease financial burdens on your family.

But what if it’s unclaimed when you’re gone? Doesn’t that defeat the whole purpose?

As at 2015 (latest publicly available information), there are more than 8,000 insurance payouts that were left unclaimed.

That can mean that 8,000 families are not benefitting from something meant for them.

Now, the Life Insurance Association (LIA) has came up with the ability to check for unclaimed proceeds online. This’ll allow family members to easily search for any unclaimed policies that their deceased loved ones have.

But for this information to be there in the first place, the insurance company must be notified of the death, if not they wouldn’t know.

So in my opinion, the reason why such policies are unclaimed is because the family simply doesn’t know of it.

And this is why it’s so important to let them know about it through policy summaries or sharing with them your personal finances before death or mental incapacity happens.

If you’re wondering how to do this, do check out our free FinSnap template.

Most nominations are the revocable ones.

By making a nomination, you can specify who and how much your beneficiaries will receive, and not only that, the insurance company will pay the proceeds without going through the legal process of obtaining a court order.

But how many people do this?

2% of Aviva’s life insurance policies are nominated. While, this may not represent the whole industry, it can give you some perspective.

Why aren’t more people doing it? Probably because you’ll need 2 witnesses and a hardcopy form to be submitted.

But it’s something that can be crucial when the time comes.

So make use of your financial advisor and ask him/her to assist in this area.

While the bigger assets such as your property and bank accounts shouldn’t go unaccounted for if you die without a Will, there may be some assets that would.

For example, if you have cryptocurrency or some not-so-obvious assets, who would know of such items other than yourself?

And once death or mental incapacity happens, that information might be forever “gone”. As such, there’s no statistics to show how many of such assets go “missing”.

I do think that this may be a common issue.

So as a start, get a Will written up.

If not, start small by listing out such assets and let your family know about it.

But why isn’t there a lot more Wills written?

In my opinion, because it can be a hassle and Singaporeans don’t see a need.

So, let me refresh the benefits of it:

If you have some time, learn more about Will writing in Singapore.

What Do All These Mean

You may not think such tasks are necessary.

Perhaps you think you’re healthy and the chances of death or mental incapacity is low, for now.

But when the time comes, such preparations may not be made in time.

So they almost always have to be done beforehand.

Take some time to make sure the basics of estate planning are done. These are your CPF nominations, insurance policy nominations and writing a Will. You can also look at setting up a trust.

But at the end of the day, not all information can be captured.

So it’s important to track and safekeep personal finances in a single place.

Taking a screenshot of personal finances with FinSnap have 2 benefits: