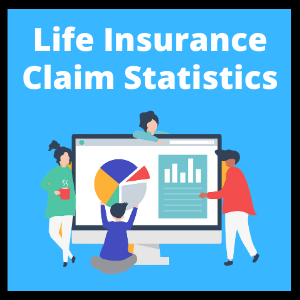 “What if I’m taken out of the picture, how would my family cope financially?”

And we tend to neglect the logical part.

That’s why today, we’re taking a whole new look at concrete numbers to give us greater insights on life insurance – coverage for death, total and permanent disability, and critical illness.

And not forgetting to double-check our numbers.

Here are some very interesting findings…

2. Here are the average claim payouts:

Read on further for more details and other statistics.

The Objective of This Study

We buy life insurance because of the what-ifs…

And when others question why we bought it?

The answer is usually along the lines of, “because my agent tell me one”.

So therefore, the aim of this study is try to quantify these what-ifs and provide a more objective view into insurance.

It’s to derive meaning from raw data (that usually don’t mean much on its own) so that you can say you bought life insurance because of so and so.

Most insurance companies do not publish detailed claim statistics.

There’s only one company that does…

The data that’s available consists of the following:

Here’s a look at what NTUC provides for each month:

And here’s a look at what 36 months of data look like:

We organised and tabulated everything to present our findings that’s simple and easy to understand.

4 Limitations to This Study

As with any study, we can’t have a perfect scenario.

Assumptions have to be made and we need to work with what’s available.

We’re not researchers but we try to produce the results accurately and show them as it is.

1) Data only from one company

First off, the data comes from only one company as there are none available from others.

It’s always good to have data gathered from different sources as one company might not reflect the same outcome as with other companies. Also, customers may have multiple policies from different insurers.

However, in my view, it still gives a very good perspective.

One thing to note is on the definitions.

Death, Total and Permanent Disability, and Critical Illness (only 30+ of them) are pretty standard across the board. However, whether early critical illness is included in the data is unclear.

The types of policies:

… are also not known.

Secondly, the figures and details you would be seeing are only from people who had insurance and made a successful claim.

It does not represent the probability of death, getting disabled or contracting a critical illness. That’s outside the scope of this study.

Another thing to note is that the data represents past policies and doesn’t represent how future claims will be like.

3) Specific details are only available for claims that are $100,000 or more

Individual details like the cause, age and claim amount are only available for claims that are $100,000 or more.

This is a limitation as the younger folks generally might not have higher coverage. And thus, the data might be skewed towards the older folks.

During the compilation of data, we discovered a few numbers that can’t be tallied.

So we took the sum of the three rows because that can be attributed.

The sum of the “Total” across 36 months didn’t match the sum of each individual claim amount.

These minor discrepancies shouldn’t matter much as their impact is extremely small on the bigger picture.

Let’s go ahead and show you what we found…

1) Death accounts for 47.51% of all life insurance claims

The total number of life insurance claims throughout these 36 months is 8634. Of which, 4102 are from death.

KEY TAKEAWAY
Death represents a huge percentage of life insurance claims. What’s important to note here is the average death claim payout of $48,534.11. Assuming that there are no other insurance payouts, that amount may be insignificant especially when other family members depend on it. It might not last long.

3) Total and permanent disability accounts for 2.81% of all life insurance claims

Of the total life insurance claims (8634) throughout these 36 months, only 243 are from total and permanent disability (TPD).

KEY TAKEAWAY
TPD has always been claimed the least. In my opinion, the chances of a TPD claim is lower compared to the other two. And this is reflected in the premiums you pay for TPD coverage – very affordable. Just like death, the average claim payout can be seen as low especially when you’re unable to perform any form of work to earn an income, yet you still need to pay for daily expenses and other commitments for the rest of your life.

5) Critical illness accounts for 49.68% of all life insurance claims

There are 4289 claims from critical illness (CI) out of the total life insurance claims (8634).

KEY TAKEAWAY
Critical illness accounts for the highest percentage of all life insurance claims. Rightfully so because you don’t need to experience death to be able to claim from CI, and the probability of a CI happening may be high. This is also the reason why premium for CI coverage is higher than the rest. Having said that, it’s still important to have some CI cover as it can potentially strip away your ability to work for a prolonged period.

Let’s take a look at the overall picture.

And take that number to divide by the total number of claims of 8634.

KEY TAKEAWAY
Life insurance consists mainly of death, TPD and CI. If any of that happens, it’s likely that you’ll lose the ability to earn an income. Your payouts come into play. After that is used up, you need to utilise your hard-earned assets (cash at bank, investments, properties, etc). All in all, the average life insurance payout of $50,855.98 might not be enough to replace the potential loss of a lifetime income.

KEY TAKEAWAY
The above 2 findings reinforce the point that most Singaporeans may be underinsured. With only a small percentage of claims being $100,000 and above, yet they already account for more than half of all total payouts, one can only wonder how the situation would be like for the rest who receive less than $100,000 of claims.

Note: From this point onwards, specific data are only available for claims of $100,000 and more. Therefore, the following findings shouldn’t represent the overview of all claims and should never be taken out of context.

KEY TAKEAWAY
What’s interesting is that although the life expectancy in Singapore is at 83.6 years, the majority of death claims happen before that. There may be 2 reasons to explain this. One is that term insurance would’ve expired and thus, if death were to happen after, there’s no claim. Second is that if one were to hold a whole life insurance, they might have surrendered the plan earlier. Both of these scenarios might lead to lesser death claims nearer to the life expectancy age.

There were 489 death claims. Of this figure, 194 is because of cancer. Thus, cancer accounted for 39.67% of all death claims, and is the number one cause of it.

KEY TAKEAWAY
People don’t die because of “old age”, they die (even when passing away peacefully) because there was an underlying issue. Which is why in death certificates, there’s always a specific cause. In Singapore, cancer has always been the talk of town. It’s something to pay close attention to. Either to prevent or cure it.

KEY TAKEAWAY
The cause of death claims – cancer and all types – from different ages don’t differ much because cancer represented the biggest percentage of all death claims.

KEY TAKEAWAY
Even for those who are covered for more than $100k, most are still in the $100k-200k region. The count drops off sharply after each range. Singapore is expensive with all the daily necessities, expenses for kids, etc. If you’re the sole-breadwinner or part of a dual-income household, is the payout enough?

KEY TAKEAWAY
The data for TPD is not significant to show any interesting findings. And the causes of TPD are vague too. Do take note that most TPD coverage from insurance companies lasts only till 65 or 70 years old.

KEY TAKEAWAY
The majority of CI claims happen at an earlier age as compared to that of death (61 to 65). Also, a large percentage of CI claims are from age 41 to 65.

KEY TAKEAWAY
As usual, cancer is the main culprit for CI claims. The numbers shown here go inline with what Life Insurance Association has stated that more than 90% of all CI claims come from cancer, heart attack, stroke, kidney failure, and coronary artery by-pass surgery. In our data, 93.45% (627/671) of the CI claims are from only those five.

KEY TAKEAWAY
Just breaking down the most important cause of CI claims – cancer. Thus far, you would’ve realised by now that critical illness, especially cancer, is something that you need to be aware of. Cancer is the top cause not just for CI claims, but for death claims as well. So that’s why the probability of death happening after contracting cancer is much greater than any other causes.

KEY TAKEAWAY
As usual, the range of claimed amounts is similar to death and TPD. One thing to note here is that you may not need the same coverage for death or TPD as if one were to contract CI, he either recovers or the worst happens after five years (general rule of thumb).

Nobody wishes to claim from insurance.

However, the underlying reason why we buy it is because when misfortunes happen, the claims from insurance can assist us and our families.

The question you should be asking yourself..

“Am I sufficiently covered right now?”