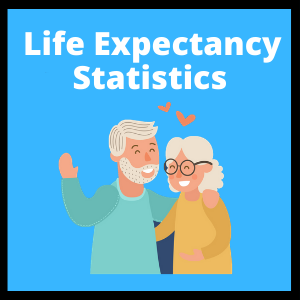 What’s the latest average life expectancy in Singapore? Would it change drastically in the future?

We took a greater look at the statistics available and went even further.

There were some very interesting findings.

Also, a higher life expectancy may not always be good thing, especially if we don’t properly plan for it. There are actionable steps you can take at the end of this article too.

The latest published average life expectancy in Singapore (as of 25 Oct 2021):

Singapore has the 3rd highest life expectancy in the world. And it’s expected to increase to 85.4 years in 2040.

The Data We Analysed

There are multiple studies done on this topic.

A notable one is the “Burden of Disease in Singapore” which was prepared by the Ministry of Health (Singapore) and the Institute for Health Metrics and Evaluation.

However, it isn’t what we used.

The estimates differ from national statistics because different data sources and methodology were used.

And that’s why we decided to use data from our own backyard – Singapore Department of Statistics. It also looked at data for a far longer period of time – from 1960 to 2020 (latest data available as of 25 Oct 2021).

The Definition of Life Expectancy

In layman’s terms, life expectancy refers to the average number of years a person can expect to live.

There are two notable ways to derive the life expectancy – at birth and at age 65 years.

On the other hand, life expectancy at 65 years refers to the number of years a person who is 65 years old is expected to live.

The life expectancy at birth in Singapore has increased significantly over the years. It has increased from 72.1 years in 1980 to 83.9 years in 2020, representing a 16.37% increase. This also means that we’re living 11.8 years longer compared with 4 decades ago. When compared to a decade back (81.7 years in 2010), we’re living longer by 2.2 years. The life expectancy has been on an upwards trend and is expected to continue with decades to come.

From the Data, We Explore 3 Areas

Looking at the data, you may be curious about 3 things:

1) Why Do Women Live Longer Than Men

The difference in life expectancy for women and men is significant.

That significance is shown across 60 years of data, and not just in Singapore but for the other parts of the world too.

Why women can expect to live 4 years longer than men in Singapore?

Oxidative stress generates free radicals which can lead to cell damage (and is one of the causes of ageing).

This oxidative damage is four times higher in men than women, likely because of lower oestrogen levels.

And this reduces the risk of diseases during the prime time of a women’s life.

Unfortunately, the male hormone – testosterone – raises the bad cholesterol and lowers the good one. Thus, men have a greater risk of diseases at a younger age compared to women.

Other than cholesterol, a higher testosterone level can bring about other risks too.

Men are three times more likely to die than women during puberty.

It’s because the higher testosterone production leads to aggressive and reckless behaviour.

Testosterone peaks between age 15 and 24 which also corresponds to a higher mortality rate in men during that period.

Causes of death are road traffic accidents, violence and drowning.

Women have 2 X chromosomes while men have just one X and one Y.

The X chromosome contains microRNAs which regulates the immune system.

For women, when there is a genetic mutation in one X chromosome, they still have another backup.

But this isn’t the same with men.

If there’s a mutation with the X chromosome in men, it can weaken the immune system.

Females are also favoured to win the fight against bacterial and viral infections.

There can be a big difference in the lifestyles of men and women.

Firstly, men tend to take more risks which leads to higher levels of stress and eventually to higher mortality.

There’s also a higher tendency to take on riskier jobs such as construction which increases the chances of a premature death.

Secondly, the participation in unhealthy habits are also higher in men.

They tend to smoke and consume alcohol more than women.

This leads to a greater probability of contracting stroke, hypertension and heart disease.

2) The Top Causes of Death in Singapore

We’re also curious to know what are the causes of death.

Here’s a chart to show the number of deaths throughout the years:

From the data, we can see that the number of deaths are increasing. This also translates to approximately 57 people dying each day in Singapore.

When we take a look at the crude death rate, there’s an upward trend too:

However, it doesn’t mean that the average Singaporean has a higher chance to die now.

The reason for this uptick in deaths is because Singapore has an ageing population.

When we look at the specific-age death rate and the age-standardised death rate, they are decreasing:

This meant that Singapore has better health and mortality conditions now.

But what caused these deaths?

Here are the top 10 causes of deaths in Singapore:

As you can see, cancer is the leading cause of deaths, and by a huge margin.

We also did a study on life insurance claims in Singapore.

Here are some notable findings:

3) Why Is Life Expectancy So High in Singapore

And we’re living even longer in the future.

But why is our life expectancy so high?

Doctor Nguyen Minh Ha from SGH explains why we are living longer.

One main reason is because Singapore has better management with chronic diseases such as high blood pressure, diabetes and heart diseases.

Early prevention and early detection of such diseases are the key to reducing the mortality rates.

Part of the government initiatives is to educate and create awareness.

You can see it in action with the advertisements created by the Health Promotion Board on diabetes.

Another reason is that the medical and technological advances allow early detection on tuberculosis and better therapies for cancer.

How Does Our Life Expectancy Compare With Others?

Based on the other study done by MOH and IMHE, they compared life expectancy with other countries in 2017.

Singapore is on par with other first world countries like Japan and Switzerland which are always thought to have the highest life expectancies in the world.

In another study done, Singapore is number 3 in the world.

And Singapore’s average life expectancy (total) is expected to hit 85.4 in 2040.

This shows the positive impact of our healthcare system.

The Significance of a Higher Life Expectancy

Is a higher life expectancy always a good thing?

I would say yes, to a certain extent.

Only if I’m able to live comfortably, have no ailments (or minor ones) and still maintain my mental faculties.

However, most of us aren’t likely to reach that stage.

Anyway, here are 3 implications of a higher life expectancy:

Although Singaporeans are blessed with longer life, they are also “cursed” with longer periods in ill health.

The main reason for such “ill fortune” is because of the ageing population in Singapore.

As older folks tend to get illnesses more often than the younger ones, and they make up a greater portion of the population, the above figures reflect the situation.

So to prepare for such scenarios, you would want to ensure sufficient hospitalisation coverage when the need arises.

Term insurance has been trending upwards during recent years.

But it has become affordable.

This is because the cost of insurance has been decreasing throughout the years.

Why? As the probability of death decreases, the chances of a claim decreases too. And insurance companies decrease the premium to make it more attractive and competitive.

That’s why you pay a much lesser premium (especially for term plans) for a new policy.

But beware of doing this if you have pre-existing conditions.

This is the most obvious scenario.

Let’s say you plan to retire at 65 years old and the life expectancy is at 80 years.

You’ll need to accumulate enough assets at age 65 to last for 15 years.

However, if the life expectancy increases to 85 years, then you’ll need to have enough for 20 years now.

The impact of this is huge.

If you think you can continue to work longer, that’s fine, but there comes a time when you can’t work anymore. Perhaps due illnesses or old age. Then what happens?

So if you’re reading this now, now is the best time to think about retirement.

When you start early (and even at a smaller budget), it lessens the burden compared to when you start years later.

No matter what, retirement is 100% guaranteed to happen, whether you like it or not.

May as well start doing something about it.

We took a greater look into life expectancy in Singapore and saw how it’ll impact our daily lives.

The main takeaway is that life expectancy will still be increasing in the future and so, we need to plan ahead.

Knowing this information will give you an edge over others.

Some action steps you can take are to look at various insurance policies, such as critical illness plans that can help ease the burden of illnesses especially during our older age, capitalise on the lower cost of insurance with term insurance plans, and learn more about retirement planning in Singapore.