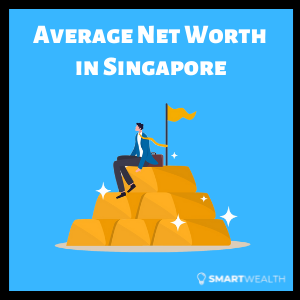 Do you know what your net worth is?

Knowing your net worth is important. It indicates the true health of your finances.

If you do know your net worth, how does yours compare with others’ in Singapore?

We set out to take a deeper look into Singaporeans’ net worths and found interesting facts and statistics such as the average (mean and median) net worth, average debt, wealth distribution, number of high- (and ultra-high-) net-worth individuals in Singapore, and how our wealth compares with other countries.

There are more interesting details. Read on to find out more.

The Current Financial Landscape in Singapore

Singapore, a safe place with low taxes, attracts wealthy individuals (and businesses) from all parts of the world.

Some have come to this little red dot and now call it their home, making them some of the country’s richest people.

What about the general population?

In recent times, million-dollar HDB (public housing) homes are becoming more common. In fact, 87 of such homes were sold in the first five months of 2021, contrasting to only two such transactions completed in 2012.

With the rising cost of living, are Singaporeans really getting richer?

One way to find out is to look at the net worth (or wealth) of the adult population.

Note: To calculate net worth, simply take your total assets and subtract your total liabilities. You can use an online calculator or an Excel template for this. It’s also good financial practice to track your net worth on a regular basis.

The Data We Looked At

The primary data we looked at comes from the Credit Suisse Research Institute’s Global Wealth Report (2021).

The report is extremely comprehensive and analyses the household wealth of 5.2 billion people across the world, covering those who have less than US$10,000 to the pinnacle of the wealth pyramid. It also includes data from 2000 to the end of 2020.

The Singapore Department of Statistics, our national statistical office, is indicated as a source for Singapore’s household balance sheet and financial balance sheet.

Unfortunately, the breakdown of net worth by age isn’t available in this report. There is currently no published and reliable data elsewhere either. Do also note that the data looks at the resident population. 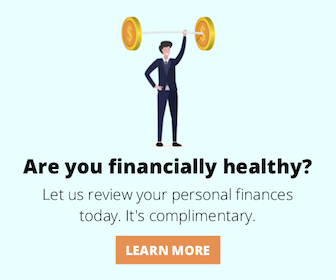 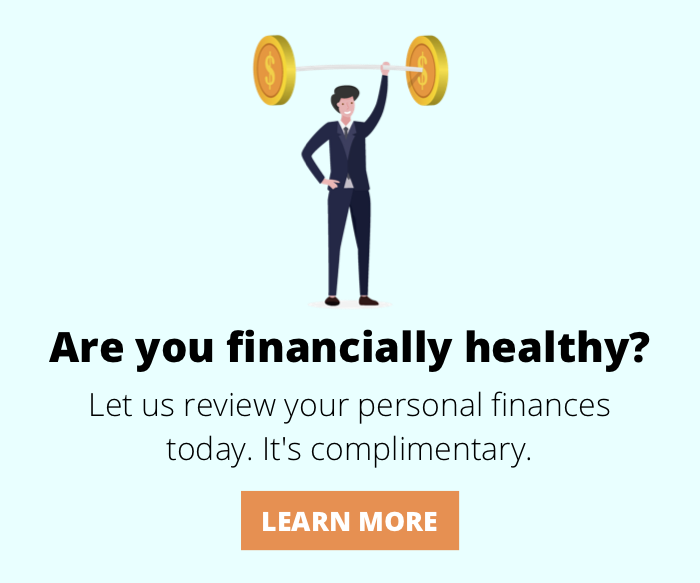 Finding the Average Net Worth: Difference Between Mean and Median

Included in the report are data on the average mean and median net worth or wealth.

It’s important to know their differences before showing you the research findings, so let’s take a quick trip down memory lane.

There are three types of averages: mean, median, and mode. Mean is the most commonly used average, and as such, the terms “mean” and “average” are often used interchangeably. Mode is the least commonly used, so we can ignore that for now.

Let’s look at this example.

In reality, income/wealth inequality is indeed prevalent (the richest people hold a greater proportion of wealth). Thus, the mean average is usually skewed.

What is the median average then? If we rank the values from smallest to largest, the number in the middle is the median.

The median gives a better indication of the overall net worth of a population.

Here are some noteworthy facts and statistics from the report.

Debt is money that is owed to another party. It could be in the form of mortgage loans, car loans, credit card debts, or others (e.g., personal loans and education loans).

Mortgages typically account for the bulk of household debt because of their larger quanta and the fact that everyone needs a roof over their head.

While there are many factors at play in this increase in debt, one possible reason could be rising property prices, especially in the private sector, which have been on an upward trend throughout the decades.

Given what we have learnt from our quick maths lesson earlier, is the general population that rich? We should also look at the median.

The median will be a better indication of the wealth of the average man in the street, as half of the population is below the median and the other half is above it.

This would be a more realistic figure to use if you want to compare how well you’re doing with your “neighbours”.

4) There are 269,925 millionaires (inclusive of billionaires) in Singapore

With an adult population of 4,887,000, how many can be called millionaires (and billionaires)?

Here are some wealth distribution statistics of the richest in Singapore:

Singapore is home to 269,925 millionaires. Although there is no further breakdown of those who have US$1 billion or more, we have 60 individuals who are worth more than half US$1 billion.

Apart from the “riches” we see in the news and media, there’s also the other side of the coin.

Here’s the wealth distribution of the population:

This shows the wealth gap or inequality between the rich and the poor.

When we zoom out and look at these numbers on a global scale, the number of people in Singapore who are in the lowest wealth range doesn’t look so bad.

55% of adults in the world have less than US$10,000. This group of people, although forming the majority, holds only 1.3% of the world’s total wealth. In contrast, a small minority of 1.1% of the world’s adult population has over US$1 million, but collectively, they have a 45.8% share of total wealth.

How wealthy are Singaporeans compared to the rest of the world?

With a mean net worth of US$332,995 (S$449,543) per adult, Singapore is placed 12th in the world rankings. The top three countries in this category are Switzerland, the United States, and Hong Kong.

These are some of your crazy rich Singaporeans.

How Do You Grow Your Net Worth?

There you have it. Hopefully these statistics on wealth in Singapore have shown you the financial health of the average person living here.

While money isn’t the solution to all problems, without (enough) money, financial goals such as having a comfortable retirement and funding children’s education can’t happen.

The financial blueprint to increase net worth is to increase income (as well as to protect it), spend less to save more, and lastly, invest the excess.

Don’t know where to start? Consider going through a comprehensive financial planning session with us. Learn more about FullCircle™ Planning today.