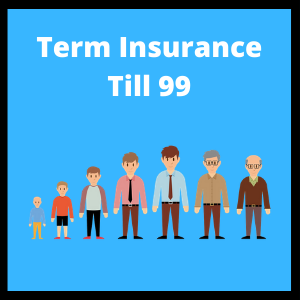 Have you heard about the term life insurance till 99 years old?

Why is this a game changer that makes the traditional term plan not “temporary”?

I’ll touch on the unique features and benefits that come along with it.

This page is part of the Term to 99 2-Part Series:

The Main Reason to Buy Insurance: Protect Your Income

Life in Singapore comes with a lot of commitments and liabilities, especially when you have a family and children.

Your income is extremely important to provide for these money-draining (yet vital) expenses:

Without your income, the future looks bleak.

And that’s why it’s important to ensure your income continues to come in, no matter what.

2 Scenarios You Can Lose Your Income

1) You Firing Your Employer (or Vice Versa)

Or your employer letting you go…

These are only temporary.

In Singapore, you’re still able to find another job in a few months’ time.

While losing a job can be temporary, the 3 events – Death, TPD, CI – will cripple your income.

And that’s a much bigger concern.

That’s why it’s essential to replace the loss of income with insurance payouts.

I’m not going to cover how much life insurance you need as that’s out of the scope of this article.

But let’s take a quick look at the 2 types of insurance that can replace your income: Whole Life Insurance and Term Life Insurance.

The Basics of the Whole Life Plan

Much have been said about term insurance versus whole life insurance.

So I’ll cut it short.

The advantages of the whole life insurance are apparent.

It provides you with cash value and coverage for life.

This means that even if you surrender your policy at a later age or until your last breath, you will get something back.

On the other hand, the disadvantage is that the premiums are generally higher than the term insurance.

This is because you’ll need to pay for insurance coverage + a savings component.

Ultimately, it translates to:

Which is why Singaporeans tend to look at…

The Popular Kid On The Block: Term Insurance

In a term insurance plan, the premiums you’re paying goes directly into the insurance component.

But it comes with a “cost”.

The 2 Downsides of Regular Term Plans

Although term policies are hailed as essentials, they come with a price.

1) They have no cash value

If you had the thought of “pay so much for insurance but get nothing back”, you’re not alone.

That feeling of throwing money in the drain is common for many Singaporeans.

2) Unsure when to cover till

The length of the coverage period can be anything you want.

But the rule of the thumb is till your retirement age.

And then comes another thought: “what if something happens to me just 1 year after my term plan ends?”

Answer: You don’t get anything back as the policy would’ve already expired.

As a side note, most death claims happen from 61 to 65 years old.

And 2 reasons could attribute to why death claims doesn’t happen later:

Then maybe you’ll research on what’s the life expectancy in Singapore (which is current at 83.2 years)…

And think that’s a good age to cover till.

But what if you live longer than that?

The question is when…

How do we make use of this fact to our advantage?

That’s when the best of both worlds – whole life insurance and term insurance – come together.

As the name suggests, it’s a term plan that covers till the age of 99 years old.

It is a term but does not have the typical characteristics of a term.

This unique plan typically covers only death (chance of happening is 100%) but you can still add on other types of cover such as TPD or Critical Illness, etc.

A term till 99 plan will be able to cover income protection needs and if nothing happens, such plans are meant for your dependants (usually your kids).

It used to be that most companies need you to pay these premiums till 99 years old.

So if you want your kids to enjoy this payout, then they can help you “service” the premiums after you’ve retired and stopped earning an income.

Having said that, you need to first make sure that you’re still able to service the premiums even without your children’s help.

But some do want to use this policy as a gift – leaving a legacy behind – and don’t want their kids to “support” their death.

And that’s why there are limited pay options whereby you can pay the premiums till 65 or 75 years old, but you can maintain the coverage till 99 years old.

Note: the annual premium of a limited pay option is almost always higher than the pay till 99 years option but the total premiums may be smaller)

(If you do have a lump sum already set aside, you can also consider the single premium whole life plan. It’s also meant for leaving legacies behind. But it’s funded one-shot at the start. Another plan to consider is the 3-generation lifetime income plan which can supplement your retirement income and also leave a legacy for your future generations.)

But there’s just one small thing…

Based on statistics, there’s a very high chance that you won’t be around before you hit 99 years old.

But what if you’re lucky (or unlucky) to be able to hit a triple-digit age?

If you turn 100, the term plan still expires because it covers till age 99 only. And there will be no payouts.

Although the likelihood of that happening is low, thankfully there’s a new feature in such plans.

“Hedge” Against Living Beyond 99

Recently, some companies introduced a new clause into term plans till 99.

Even if you hit 100 years old, the term plan does not expire, and you can still receive 100% of the sum assured.

So effectively, whether you’re not in the picture earlier or later in life, you’ll still receive the full sum assured.

Let me give you some numbers to illustrate.

Example of How a Term Till 99 Works

Jimmy loves his family very much – his wife and 2 kids.

He decides to get a term till 99 plan (that has the “guaranteed survival payout”) which covers $1,000,000 for Death only, and chooses to pay premiums till 75 years old.

Is It Too Good to Be True?

Although it may seem like the insurance companies are giving you the opportunity to earn their money, this is not always the case.

There are 3 conditions for a term till 99 to make sense for you:

As with all insurance, the younger you apply, the lesser the premiums you pay.

This is not within your control because you can’t turn back time (even if you can, you probably wouldn’t think about insurance).

But it can still make sense at an even older age (for the sake of maximising your wealth for the next generation).

You’ll need to see how much premiums you need to pay and judge for yourself.

If you have any medical conditions – small or big – then you might need to reconsider.

If you’re accepted as “standard life”, then you’re good to go.

However if you’re given a premium loading (% increase in the premiums), then this drastically reduces the chance for a term till 99 to make sense for you.

Simply because the overall premiums you need to pay is higher.

3) Must have a healthy surplus

It goes without saying that a term till 99 is more pricier than a normal term that covers till 65 years old.

In my opinion, a term till 65 is more of a need – income protection.

But if you have the budget, then extending a term till 99 can be the best combination of income protection and creating a legacy.

Just be prepared to pay the premiums and don’t go breaking the bank.

So if you satisfy these 3 criteria, then only a term till 99 can be something worth exploring.

Protecting your income > creating a legacy.

But with a term till 99, both aspects can be satisfied to a reasonable degree.

With it, you can ensure your family have a greater pot of gold to rely on when you’re not around anymore.

If you wish to see whether this makes sense for you, get quotes for term insurance till 99 years old now.

The term insurance till 99 is very closely related to estate and legacy planning, which deal with what’s going to happen after death. But these sort of planning and preparations can only be done when you’re alive so it’s good to learn more about it too.