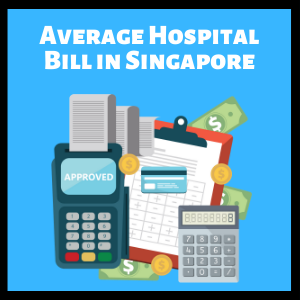 The cost of healthcare in Singapore is high, and it’s getting higher.

How expensive is it now?

In this article, we’ll cover:

But knowing the average cost is just one thing. There’s more to it. So, read on further.

Quick Overview: The Healthcare in Singapore

And the life expectancy is expected to increase in the future.

While that may seem like a good news, unfortunately, more Singaporeans are spending longer periods in ill health.

There are more cancer cases now then ever before. And chronic diseases such as diabetes are trending upwards.

Another concern is the cost of medical treatments rising at 10% per year.

Are you confident that your financial resources can withstand the impact when a huge medical bill falls on you?

The Top 10 Causes of Hospital Admissions

And the hospital is usually the first place to go when something happens.

Be it death, some form of disability, an illness, or an accident, one would almost definitely be seen at the hospital first.

So here are the top 10 reasons for being warded in a hospital (latest published data):

If you add up the percentages of these 10 reasons, it amounts to only 34.2%. Therefore, the other reasons not indicated in the table make up the rest of the 65.8%.

There’s a huge variety of reasons – big or small – as to why you would end up in the hospital. It can be anything.

So if you find yourself in a clinically smelling place of a hospital (touch wood), you’ll have this thought:

Before we go into the numbers, let’s look at what types of costs are there.

The Different Types of Costs in a Hospital

The type of hospital matters a lot – whether it’s a private or a public hospital.

The number of patients in a ward matters too – the higher the number, the cheaper it should be.

Although the costs will be substantially higher in a private hospital, both types of hospitals do have similar cost structures.

In a nutshell, they can be broadly categorised into outpatient and inpatient costs.

Outpatient care is when someone receives treatment that doesn’t require hospital stays.

Here are some examples of outpatient treatments:

As outpatient treatments don’t usually take up much resources and are usually minor, they tend to cost less.

But you don’t need to be warded to be considered an inpatient. Day-surgeries are closely tied with inpatient treatments.

Here are some examples of inpatient treatments:

As inpatient treatments require more resources from the hospital and may include more complex procedures, the costs are generally higher.

Healthcare costs are known to be expensive in Singapore.

And behind every patient’s mind is the worry that they can’t pay the bills.

Although information on the average hospital bill in Singapore is not readily available, it takes some digging and research to get a glimpse of it.

(The following idea came from Seedly so credits to them; the data comes from MOH.)

Hospital costs can be broken down into 2 distinct sections: public hospitals (and the different classes) and private ones.

And in each hospital, they are further broken down to medical and surgical specialties.

Although the following data is from 2015, that’s the latest publicly available information.

* Exclude KK and National Heart Centre due to outliers

In short: The average bill for medical specialities in public hospitals can be $1,012 to 7,876.

* Exclude KK and National Heart Centre due to outliers

In short: The average bill for surgical specialities in public hospitals can be $1,638 to 10,541.

*Exclude John Hopkins due to outlier 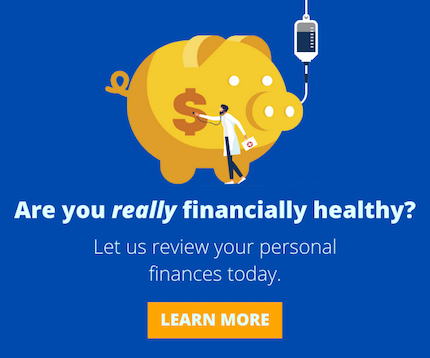 *Exclude John Hopkins due to outlier

Without insurance, these are the sort of the hospitalisation costs you’ll need to bear.

Now what you’re seeing is the broader picture of the average cost of hospitalisation.

Of course, a lot of factors come into play when determining the actual costs.

And one of the biggest factors is the type of treatment needed:

So if you wish to look at detailed cost breakdowns of common treatments, you can visit MOH’s website here. They keep updated records of bill sizes of several treatments for both private and public hospitals (according to ward types).

For now, let’s zoom into one of the most common critical illnesses in Singapore.

Example: The Cost of Treating Cancer

Let’s start off with some cancer statistics in Singapore.

Cancer is the main cause of deaths in Singapore, and more than 15 Singaporeans die from it every day.

How common is it?

1 for every 4 to 5 Singaporeans are expected to get cancer by the age of 75.

And here are the most common cancers affecting men and women:

If you’re not convinced as to why cancer (and critical illness) is so crucial, take a look at an analysis we did on life insurance claims statistics over a period of 36 months.

Basically, you can see that cancer is the most common cause of critical illness and death claims.

Well, back to the topic..

Cancer treatments typically consist of diagnostic tests, surgery, radiotherapy and chemotherapy, and for a prolonged period.

The costs for cancer treatments vary greatly and is very dependent on the stage and type of cancer one has.

That’s a lot of money.

Right now, do you have excess cash to pay for these treatments?

Note: that’s why a comprehensive medical insurance is important as it can substantially cover the bill.

The point is this:

The thought of getting cancer can be frightening. But the nightmare doesn’t end there, especially when you don’t have sufficient insurance coverage to back up the cost of treating it.

Other Examples of Hospitalisation Costs

There are 5 critical illnesses that make up more than 90% of all CI claims..

We’ve talked about cancer, let’s look at others.

Heart attack of specified severity is another common cause for a critical illness claim.

It usually happens if there’s a blockage in the artery caused by fat, cholesterol, or other substances.

One option to treat it is a heart by-pass surgery. This allows the redirection of blood around the blocked or partially blocked artery.

Another option to reduce this blockage is to do a coronary angioplasty – a balloon is placed in the blocked vessel to widen and improve blood flow. It’s often combined with a stent.

Here’s an example of the average bill size for angioplasty:

Stroke usually happens when the blood flow to the brain is disrupted or there’s bleeding in the brain.

In most cases, it’s caused by the former. Without the oxygen in the blood, the brain cells can die within minutes.

Here’s an example of the average bill size for stroke:

How to Reduce the Risk of Huge Medical Bills

While hospital bills can bleed your savings account, there are several ways to reduce this risk.

If you’re a Singapore Citizen or a Permanent Resident, you’ll be automatically covered under MediShield Life. It is compulsory and you won’t be able to opt out from it.

It can cover pre-existing conditions too.

However, the coverage for this national healthcare scheme is basic and is only targeted towards B2/C wards.

You’re able to upgrade your MediShield Life coverage with an Integrated Shield Plan (IP) which is provided by a private insurer.

Benefits offered by such plans include coverage for private hospitals, “as charged” coverage, pre and post hospitalisation costs, etc.

Basically, it is much more comprehensive.

If a patient is still unable to pay for the medical bills after MediShield Life and using MediSave, he/she can request for help from the MediFund.

There is also the Medication Assistance Fund, which provides further subsidies to eligible Singaporeans for drugs that are not in the Standard Drug List.

Covering for Medical Costs Only Solves 50% of the Problem

Paying the hospital bills only solves half of the problem.

Sure, you may be able to pay the bills but what if you don’t recover fast and you’re not able to work for a long period?

Where would you find the money to pay for monthly expenses and other commitments?

That’s when life insurance comes in to replace this loss of income.

Do you think you have enough life insurance coverage – death, total and permanent disability, critical illness – right now? If not, get an estimate of how much coverage you should have.

Although hospitalisation costs can hit your savings hard, most Singaporeans don’t need to worry that much.

That’s because you’ll be under the national healthcare scheme, MediShield Life. With the ability to be enhanced, the risk of paying for huge hospital bills can be greatly reduced.

If you want to learn more, take a look at MediShield Life and its upgrade, Integrated Shield Plan, now.