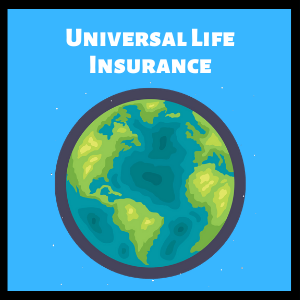 If you’re a high net worth individual, you might’ve heard about the universal life insurance.

It’s generally more complex than the regular insurance plans, and it’s not that straightforward.

But it could be something to consider if you’re looking to maximise the wealth you’ve accumulated and leave a legacy.

What are you living for?

Are you trying to earn more money or wanting to leave more for your family when you’re gone?

When you’ve reached a certain stage in life, you tend to think more about the inevitable, which is when estate and legacy planning comes into the picture.

With all the wealth you’ve accumulated, you’ll think about how can it best be grown and impact the lives of your loved ones further.

The universal life insurance could just be the answer.

Other Types of Legacy Plans to Consider

There’s more than one way to leave a legacy.

But first, in a healthy financial portfolio, all the basics have to be catered for already.

Then the next biggest areas would be your own retirement and/or children’s education.

Once you have the basics done up, only then should you look at legacy plans.

Apart from universal life insurance, there are 3 other types of legacy plans to consider.

Term insurance have all along be known as temporary insurance because the coverage only lasts for a fixed period of time.

Although it’s relatively cheaper, when the coverage period ends, the plan terminates, and usually nothing is paid out.

But when term insurance till 99 years old came out, everything changed.

Coupled with a “guaranteed survival payout”, it’ll ensure that even if you hit 100 years old, the plan will still pay out – you’ll get something back.

Such plans are solely meant for your family members, as you’re likely not to see any proceeds.

In a regular whole life insurance, it provides life insurance coverage mainly in the form of death, total and permanent disability, and critical illness, as well as cash value.

But there’s a special category which caters to legacy building.

These plans are funded in one lump sum at the beginning, and usually only come with death coverage.

So if you have a set amount of money to leave for your kids, such plans will give a death benefit of multiples of that amount. That’s the primary reason for those looking at these plans.

The secondary reason: there’s also a surrender value, in case you have an urgent need for money.

The above 2 plans are mainly geared towards leaving more money for your family, and require health underwriting.

But what if you want more money to supplement your retirement income?

That’s when 3G lifetime income plans come in to cater for 3 generations.

They can supplement your retirement income, provide income for the next generation, and also provide a death benefit for the 3rd generation.

If you think you don’t need the income, it can also be “reinvested”, so that your future generations can be impacted more.

So those are other plans out there, but today, we’ll look at universal life.

What Is Universal Life Insurance and How Does It Work

The Universal Life (UL) is a plan that provides life insurance coverage as well as a savings/investment component.

Although it may seem like a whole life insurance, it’s very different because it offers a higher degree of flexibility.

Such plans are often proposed by the banks (with premium financing) and are marketed to higher net worth individuals.

There are 2 main components in a UL insurance: cost of insurance and the savings/investment element.

The insurance element usually only provides death coverage – when death happens, your family will get a multiple of what you put in.

As for the saving/investment element, it’ll differ between the type of plan chosen. And it can also supplement retirement if needed.

But not all universal life plans are the same.

There are mainly 3 types of universal life plans out there:

The main difference between them is how they generate the cash value.

The following is just an overview and is made to be simple for understanding purposes.

In a traditional UL, the premium (after charges) goes into a “fixed income” account.

One important factor in a traditional UL is the interest crediting rate which determines how much the cash value will grow.

To illustrate, an insurance company will declare a crediting rate (prevailing crediting rate). The rate is not guaranteed and will subject to change, from time to time.

After deducting all charges including the cost of insurance, the remaining amount will be credited into the account, and that’s how the returns are generated for you.

In the initial years, there’s usually a guaranteed crediting locked rate, which will mean that even in bad times, the rate will still be given to you.

However after that period, it’ll revert to the prevailing crediting rate.

Having said that, it’s good to know that there’s usually a minimum crediting rate (e.g 2%) throughout the coverage period.

The variable UL is like an investment-linked life insurance plan.

Its performance solely depends on the investments or funds that were selected.

As the name suggests, the performance of these investments are volatile and are not guaranteed.

The cost of insurance still applies.

The indexed UL is a combination of the traditional and the variable UL.

So there’s usually the “fixed income” account and an investment account where the performance depends on various market indices.

The allocation of these accounts and the market indices depend on the insurer.

The Disadvantages of Universal Life Insurance

For the wealth accumulation portion of a UL plan, it depends on your preferences on which type suits you better.

The different types of UL do come with their own pros and cons.

But we should steer to the bigger picture question: what is your objective for having such a plan?

If your objective is to also leave a legacy, do take note of this: the cost of insurance rises as you age.

That doesn’t really matter much in the earlier years because the cost is relatively cheaper (as the probability of dying is lower). And there are usually no-lapse guarantees in the initial years – the policy doesn’t lapse when you don’t have enough cash value to pay for the insurance charges.

So in the future (e.g 85 years old) and the market hasn’t been doing well, your cash value might not be enough to pay for the charges, which will cause your policy to lapse. And there’s a possibility that you (or your family) don’t get anything back.

Sure, there are still other options like including no-lapse guarantees for life and the ability to add on more premiums to extend the life of the plan, but these increase the costs on your end.

So because of these reasons, if you’re looking to leave behind for the next gen, consider other legacy plans too.

The type of universal life insurance plan will strongly depend on your preferences, risk appetite and circumstances.

It’s not easy to pinpoint whether it’s suitable for you by not understanding your situation.

As a start, you’ll need to make sure your basic financial planning is already in place, and then go through some form of estate (and legacy) planning.

If you’re leaving this sum of money to your children, do know that the policy might have the possibility to lapse in the future if there isn’t sufficient cash value.

And for that reason, take a look at other legacy plans such as the term till 99 years old, single premium whole life insurance and the 3-generation lifetime income plans, as they could offer a higher degree of certainty.