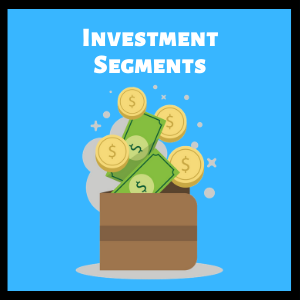 In Singapore, there’s a saying: “Money No Enough”.

How do we make more of it then?

With so many options out there, how do you narrow down your focus?

Here are 3 investment segments to pay attention to, and they’re not your typical ones.

If you do it right, you’d have no problems to make more.

Read on to find out what they are!

The Importance of Having (Enough) Money

Money pays for almost everything:

Including all your daily expenses and many more..

It’s also a sign of being able to provide.

Not just for ourselves, but to provide the best for the people around us – core reason why we want to have enough money.

While I may not believe in providing everything to the child (and thus, have a possibility of spoiling him), the basics and some comfort are needed, including options such as if he wants to study overseas in the future.

So there’s a constant strive for more money.

Why Is It So Hard to Make Money in Singapore

I believe in the notion: for the majority of us, we’re able to make however much we want because we have the capability to do so.

But some of us have a hard time doing it, there are whose who are doing relatively well but can’t seem to achieve more, and then those who seem to be able to do it effortlessly.

After giving some thoughts to it, I believe the reason is this:

Let me expand on this with 2 examples:

These are the distractions that hit closer to home.

We usually give ourselves a lot of reasons (and excuses) why we’re not earning enough such as:

Some may be valid, but the majority aren’t because they’re out of our control.

And when we constantly feed ourselves with so many excuses and paying attention to them, it becomes a self-fulfilling prophecy.

This leads us to: don’t do the things we’re supposed to do, even when it’s within our control.

In this modern tech world, we’re bombarded with so many advertisements and marketing messages, that suck away our attention.

At every moment, we’re connected with this e-world through our mobile devices, tablets, and computers.

It’s extremely easy for companies to push marketing down now than ever before.

For example, we’re exposed to many advertisements on Facebook and Youtube, telling us how to make more money.

It may not even be just courses, but can be products and services to help us get more on the dollar. And to create an even bigger lure, the outcome is made simple and easy to achieve.

For the consumer, it’ll seem like there’s a lot of ways to make easy money. So he takes that first step with 1 method, and if it doesn’t work after awhile, he jumps to the next method, and so the vicious cycle continues.

Other situations include time and effort spent on lower priority activities that can only move the needle slightly.

If you’re experiencing such symptoms, it’s time to call for SOS.

These are some examples of distractions that can happen. I’m sure there are many more out there.

When we have too many of these happening at once, we may not be able to prioritise well because we’re giving considerable thought to every option. This drains your thoughts away from the real priorities, which tend to be much simpler.

The Key Is to Have Hyper Focus

To overcome all these is to practise the opposite of being distracted – focus.

Identify the core areas to focus on, and go long and hard at it.

Sounds easy, but you know doing is hard.

We’re all intelligent human beings. But the ability to think can also be a setback.

For example, we may try to plan everything perfectly, so that there won’t be any failures. Even when we come up with a plan that has an extremely high degree of success, we still carry worries and doubts along with us.

And these cause us to not take action, which is what matters the most.

For those who are very successful, they usually stick to just one thing, and make it great.

So what should you focus on?

There’s only a few things..

The 3 “Investments” You Should Concentrate On

To achieve a greater income, there are only a few things to zoom in on.

It may seem simple, and it is. But the execution takes a lot of determination.

The first thing that most of us start with.

Sure, at the start, you may jump around to see what you really want.

But there comes a time when you want to settle down.

This is when you shouldn’t see your work as a job, but as a means to build your career.

If we see it as a job, we tend to do just the minimum, work from 9-5pm, avoid responsibilities, do only what’s required, etc.

But if we see it as a career, we invest a lot more into doing valuable work for the company.

Here are some investments you can do for your career:

Why do you want to do this?

Because companies exist for a reason: to be profitable.

If you’re making a positive impact, it’s inevitable that they’ll reward you back in order to retain your service.

In short, get great at your job till you’re irreplaceable.

It doesn’t matter if it’s physical or online, a side hustle or a full blown one.

If you find one opportunity that you think can work, give it further thought and action.

If you become the expert in that business, you’d know the strengths and the weaknesses, on a deeper level. If there’s something you don’t know, either learn it or hire someone competent to do it.

Ultimately, you’d be able to identify gaps in the business.

But the requirement is that you need to be fully committed to it, and not half-bake it. It also helps to push away resistance like fear, worry and doubts.

The businesses that tend to succeed are usually those with an immense amount of action taken, and go through a lot of setbacks.

At the end of the day, the profits will show.

When you’ve done either of the above, you should have excess cash flow, especially for those who are employed.

For the self employed/business owner, it makes sense to reinvest into your own business, unless you’re diversifying.

Your career and/or business will give you the greatest return on investment. That’s because you should already be an expert at what you’re doing, and then more.

But with excess cash, what can you do with it?

To get good at it, time and resources are needed to understand that particular stock, as if you’re the owner of that business.

These may be needed:

Then perhaps you’d have an idea what the company is worth, and whether you should buy, hold or sell.

Do you have the time and resources to do it?

If the answer is no, does it mean that you shouldn’t do anything with the money you’ve earned?

Attention to career and/or the business should hold a higher priority because:

The rate at how much you save will always be a percentage of your income, e.g 30%, and even so, it might not be the same amount you’re planning to invest.

And especially at the early/mid stage of your career, the savings/investments you’ve accumulated won’t be great. The size of it is still heavily dependent on the amount you put in – primarily from the income generated from career/business.

So is it worth to spend time to push your investment returns up a few percentage points?

Probably not at the beginning. Time should be spent more on building the career/business – the money making machine.

But this dynamic may change when you hit a critical mass of savings/investments you’ve accumulated, then it could be time to pay more attention to it.

In any case, if you don’t have the time or don’t wish to concentrate on investment options, consider something passive or outsource this component.

In summary, earning money is important.

To generate more of it, we should steer away from distractions and focus on the things that move the needle the most.

And that’s usually your career or your business, unless you’ve already accumulated a substantial amount of wealth.

To get more returns on your residual savings, you can consider passive investment options (and don’t stress over the details) or outsourcing that component.

Generally, one of the most important concerns adults have in Singapore is retirement – whether they would have enough in the future.

When you start planning for your retirement early, it’s much more achievable because of the power of compounding.

So, do learn more about how to plan for retirement in Singapore.